When it comes to memorabilia, there’s plenty that you can collect.

One underrated collectable – and probably my favorite to collect – are old match tickets.

Rather than collectable cards, a match ticket is a small part of the sport’s history.

In this article, I’ll give a rundown on how to start collecting sports tickets.

How To Start a Sport Ticket Collection

If you’re thinking of starting to collect sports tickets, here’s a few things to keep in mind.

Know What to Look For

When you’re looking at a collecting sport tickets – a player’s debut match is the go-to collectable item. In a way that’s similar to the way a rookie card is usually a player’s most valuable trading card.

A player might play hundreds or even thousands of matches, but they’ll only ever debut once. It’s like the ultra rookie card. 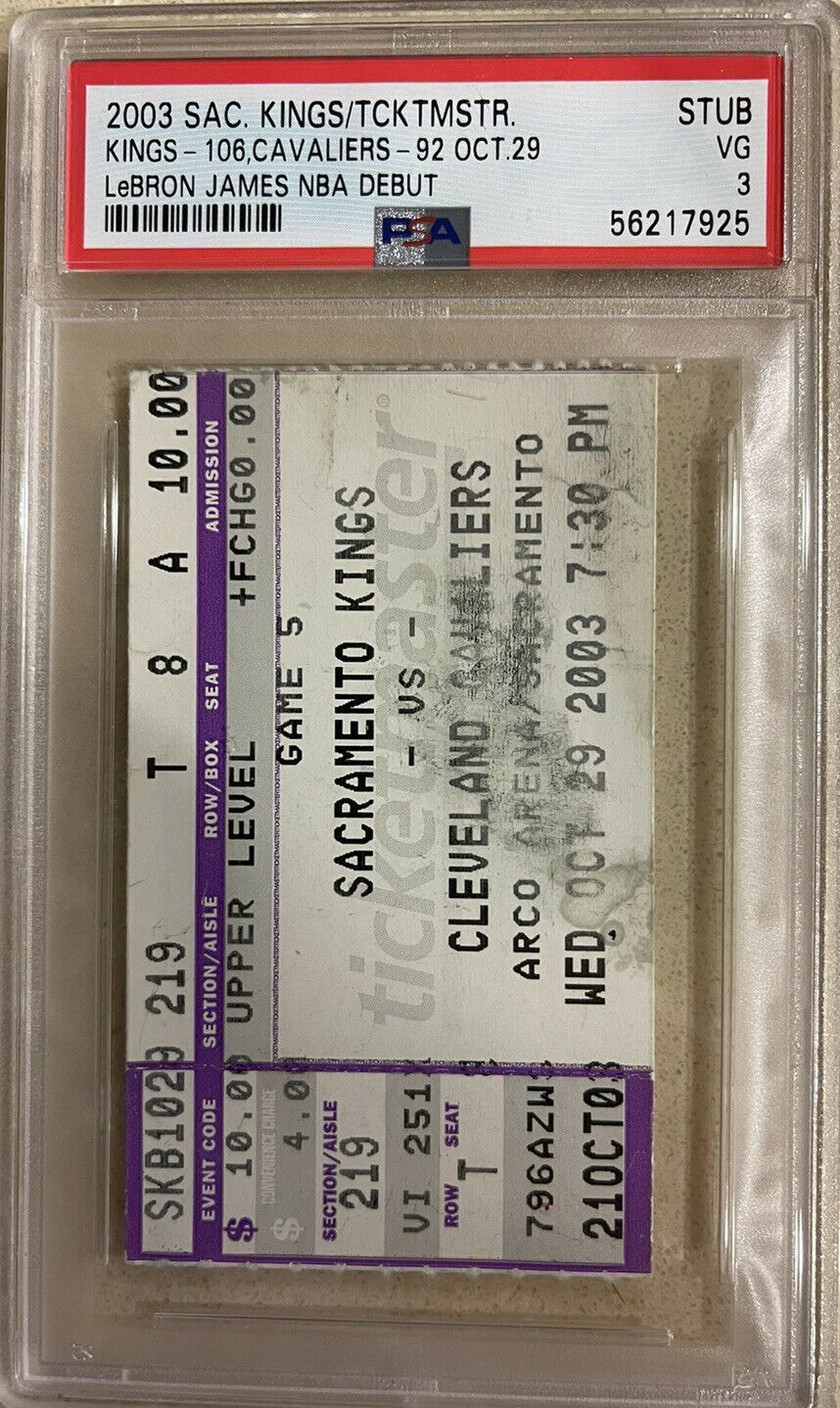 And the thing about debut matches is that they’re often inconspicuous depending on the sport. For example, when LeBron James made his debut, he was the number one draft pick and was already a big deal – so that match meant something and people may have kept their tickets as a memento.

However, when Lionel Messi made his professional debut, it was a friendly match in Portugal and he came off the bench. Hell, Messi wasn’t even named in the official team programme! This means it’s a lot harder to find tickets from Messi’s debut match.

For example, it might be an Olympian’s first gold medal, or a Final. It might even be a ticket from an iconic game – think Michael Jordan’s “Flu Game” for example, or Kobe Bryant’s 81-point match.

These tickets help tell the story of a player’s and a sport’s history and are often sought after in the hobby.

I kind of touched on it earlier, but tickets are a lot harder to find than cards.

Think about it, there could be hundreds of thousands of cards printed for a player – especially if it’s from the junk wax era.

And, those cards are bought to be collected. That means that they’re kept in good condition from the get go.

Tickets on the other hand – there’s a finite amount of tickets produced, most of which are scrunched up and put in pockets as soon as they’re scanned and thrown in the trash a few hours after the match.

Also, cards can be bought online or from physical retailers all around the world. Tickets are only purchased in the city that the event is taking place.

So, as you can imagine, tickets are far more scarce than cards and other collectables. 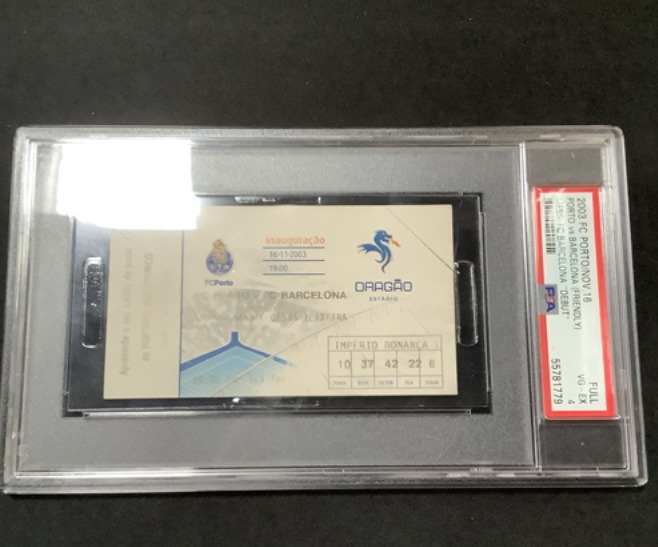 Like cards, the condition of a ticket is important.

PSA and other grading companies grade tickets – to learn more about that process, read our article on grading for beginners.

What you do need to know, is that the quality of the ticket is important. So look for the following:

However, like we spoke about before, because tickets are so scarce, it does mean that you always need a high grade. I have a PSA 4 version of Lionel Messi’s debut match (shown above) and that’s one of the highest grades out there.

Where to Buy Sports Tickets

As you can imagine, buying collectable sports tickets isn’t the easiest thing in the world to do. However, there’s a few places that you can start looking.

Similar to cards, eBay is still king when it comes to buying sports tickets. The platform is the biggest person to person marketplace in the world and is my first stop when looking at tickets.

Options Other Than eBay

While eBay is still the first port of call for most ticket buyers, there’s still a bunch of other great options to check out.

Ultimately, you’ll have the most luck finding tickets in international marketplaces.

For example, todocoleccion is a hyper popular Spanish site that acts a little like eBay/Craigslist. I’ve managed to find some great Spanish tickets on the site. Similarly, there’s the Swedish site, Tradera which is handy for Nordic items – including things from the 1958 World Cup

If you’re looking at international sites, you might want to consider the following:

There’s also a range of different Facebook groups and whatnot that allow the buying and selling of tickets. Make sure you read the group rules and whatnot – Don’t be that guy who joins a group and spams it looking for a bargain.

The hunt through different buying platforms is all a part of the fun – but if you only want to stick to one site, I’d suggest eBay.

After you do the leg work to find tickets, you need to think about ways to store them.

Some do the old ‘shoebox under the bed’ thing, whereas others will put more expensive tickets in vaults.

There’s also some cool display options too. I personally love the wall-mounted cabinets that you can buy.

My Five Tips For Building a Ticket Collection

If you’re lookin to start your own ticket collection, here are a few tips that might get you started.

Collecting sports tickets can be a really fun variation of the hobby. Once you start collecting moments of a player’s career, you’ll begin to find that the options are seemingly endless.Sport Ticket Collecting