Seriously, even today if you see someone with a bit of flair on the ball, or dangerous with a dribble, there’s almost a guarantee someone will comment with a tongue in cheek “check out Pele over here”.

And with that, when it comes to Soccer cards and collections – Pele is in a tier by himself.

Seriously, you can take your Lionel Messi’s and Cristiano Ronaldo’s and find dozens of cards. Pele cards are incredibly hard to find – and in my opinion are probably the safest card to buy long term.

In this article, we’re going to look at Pele rookie card options, and other quintessential Pele collector cards. 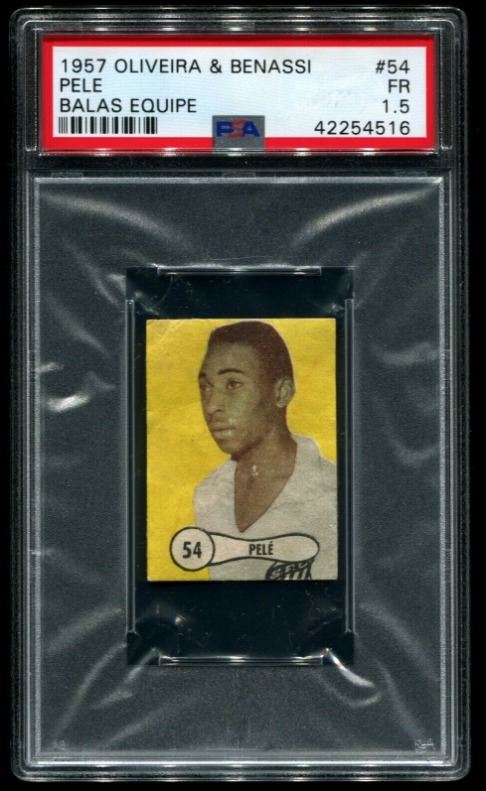 If there was a Holy Grail of soccer cards, this would be it.

I have no question.

For years, the common belief that a Pele rookie card with your selection of the 1958 cards we’ll look at later. And then this bad boy was discovered.

An incredibly rare set of stickers showing Brazilian Club football stars, it shows a 16-year-old Pele in his Santos colors.

If you think 16 is a bit too young to be labelled a “Star”, Pele actually made his senior Brazil debut against Argentina at 16… and scored.

To my knowledge, there’s only ever been one Pele 1957 card graded. So it’s basically the rarest 1/1 in the sport.

I’ve added a fancy link underneath this paragraph, so if it’s ever for sale on eBay, you’ll be able to see it below 🤞🤞🤞

As you can imagine, pinpointing Pele’s “true rookie” card excluding the 1/1 above is an impossible task. The earliest sets are from 1958 and it isn’t exactly like companies printed too many checklists.

A lot of it comes down to what’s available at the time. As you can probably imagine, Pele rookie cards don’t grow on trees.

The Alifabolaget set is a low-production Italian set and is one of the main contenders for the true Pele rookie.  It’s probably my personal favorite of the options too.

If you can find one for sale, even as a PSA1, it’s a safe bet long term. 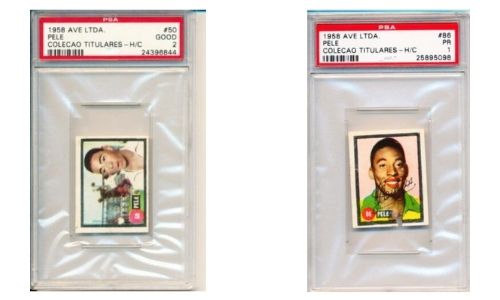 Another set from the same year, the Brazilian Titulares set features a a range of different cards with Pele on it.

There’s a cool action shot, and a more traditional headshot. There’s also a picture of the Brazilian national time that has Pele in it. 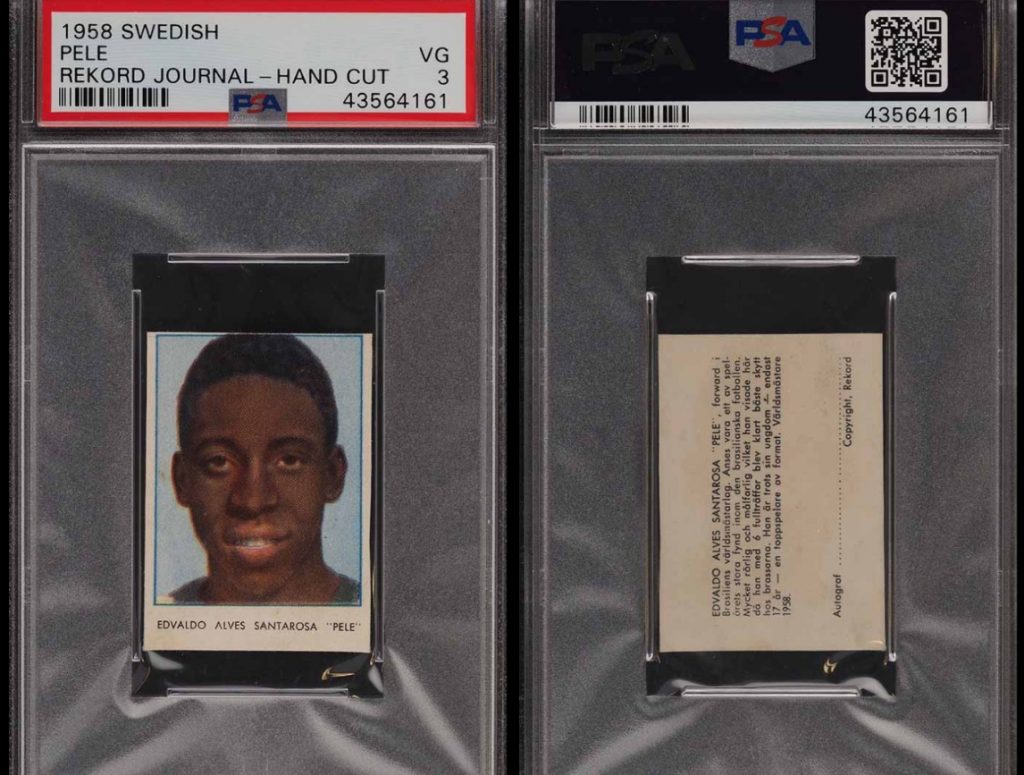 This card is a bit of an odd one.

There’s two interesting things about this card that I absolutely love. 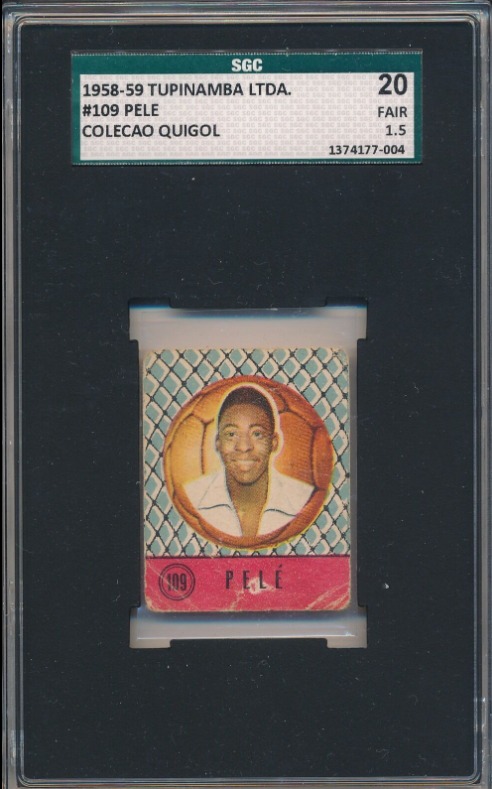 Another early card from Pele’s first years. This Brazilian set is a favorite with vintage collectors due to the design of the card.

When you’re dealing with 1958 Pele rookie cards, a lot of the final decision on which one you buy will come down to personal preference.

It isn’t just Pele rookie cards that are valuable though. There are always great vintage cards from the great man on sale. When you’re dealing with the best of the best, rookies are important, but not everything.

The Five Most Expensive Pele Cards on eBay

Below we’ve got the five most expensive Pele cards on eBay right now. Check them out!

Are Pele Cards a Good Investment?

I just wanted to write “yes…” here. But I thought I’d give you a bit of a reason why rather than being so blunt.

Pele is the most famous soccer player of all time, and arguably the greatest player who ever walked the earth.

His cards have incredibly low and mostly unknown print runs. Every rookie Pele card you see is an incredibly rare find.

As far as his modern cards go, they obviously won’t reach the heights of vintage Pele. But if you can get an on-card auto you’ve still got yourself a hell of a card.

Buying a Pele card is a little different than any other player. Buying Pele is betting on the hobby as a whole… not just the player.

In other words…. yes.