Dan Marino is one of the better Quarterbacks of all time. And, he was also in an Ace Ventura movie… so that’s a win-win in my books.

If you’re a football card collector, you’re probably interested in adding a Dan Marino rookie card to your collection. In this article, we’ll look at rookie card for the Miami Dolphins’ favorite QB, along with some other notable Dan Marino Cards.

Unlike most cards these days with about a hundred different sets, parallels, and refractors, Dan Marino only has one “true rookie” card. 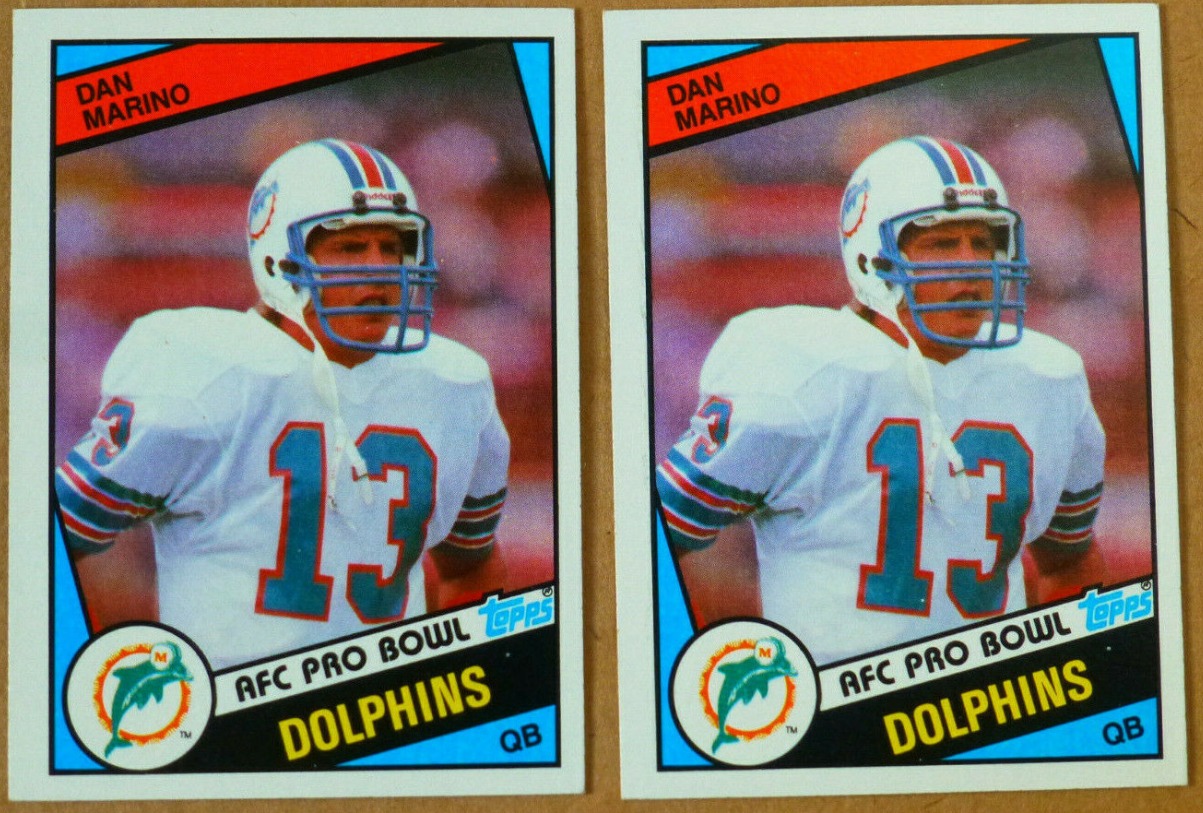 I really like the look of this card. It has a basic design, but it just… works. Actually, I love the Miami Dolphin colors when they’re used on cards. The blue absolutely pops.

Depending on the quality of the card, and grading (if you choose to go graded), the price varies. However, if you want to buy ungraded, the prices are incredibly reasonable. Obviously, with that, if you want PSA 10s, you’ll be looking to pay a decent price.

Obviously, with one main rookie card, Dan Marino is a pretty achievable buy for collectors and investors.

What are Dan Marino Rookie Cards Worth?

As we kinda touched on earlier, a lot depends on the grading of the card that you want to buy. However, the price may be a little higher than you think.

As you probably know, cards from the 80s and early 90s aren’t the most scarce cards out there on the re-sell market. Cards were overproduced and print runs were out of control for a while there. With that, a lot of card prices went down.

Want to know more about it? Read out article on the Junk Wax Era

However, even though Dan Marino rookie cards aren’t too hard to find, prices do get up there for one that’s in mint condition.

Even though the cards were overproduced, grading wasn’t really a “thing” back then, so there aren’t too many cards in mint condition.

If you want a PSA 10 or BSG 9.5, you’re still paying thousands of dollars.

Investing in legends is always a safe bet. After all, legends can’t get injured!

As long as the hobby grows, Legends will increase in price.

So you could say he’s kind of a big deal.

With that, Dan Marino rookie cards will always have a market. And, for the low cost (compared to other legends), Dan Marino’s rookie cards might be a great purchase without too much risk.