So you’ve sold one of your sports cards for a big price.

Now, you’ve just got to get the card into the buyer’s hands in one piece.

In this article, I’ll go over how to ship expensive sports cards so you get a happy customer (and don’t have to give out any refunds!).

How to Ship Expensive Sports Cards

When it comes to shipping high end sports cards, there’s no one ‘set process’, but there’s definitely some best practice.

Luckily, in most cases, if you’re moving a high-end card, it’s probably a graded card – That’ll mean it’s easier to ship and basically zero percent chance of the card bending.

This is a little different to shipping raw cards, where you’ve got to hope that the card doesn’t bend in the toploader.

Now, I’m not actually about to ship any of my expensive cards – so I’ll demonstrate here on one of my favorite cards in my PC. 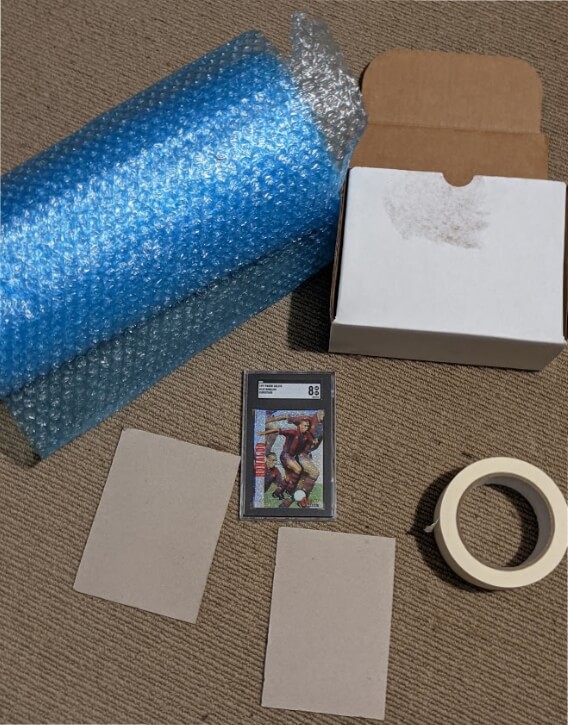 Step One: Cover the Slab

Now, if you’re wrapping in bubble wrap and whatnot, you can probably get away with not doing this, but I still like to sandwich the card in-between two sheets of cardboard. That way the slab won’t get scratched. 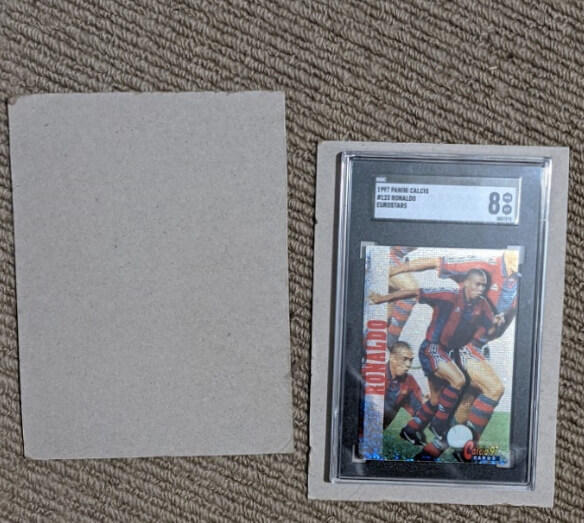 Make sure you tape the two pieces of cardboard around the slabbed card. That way you can secure it and make sure it doesn’t move around when in transit. 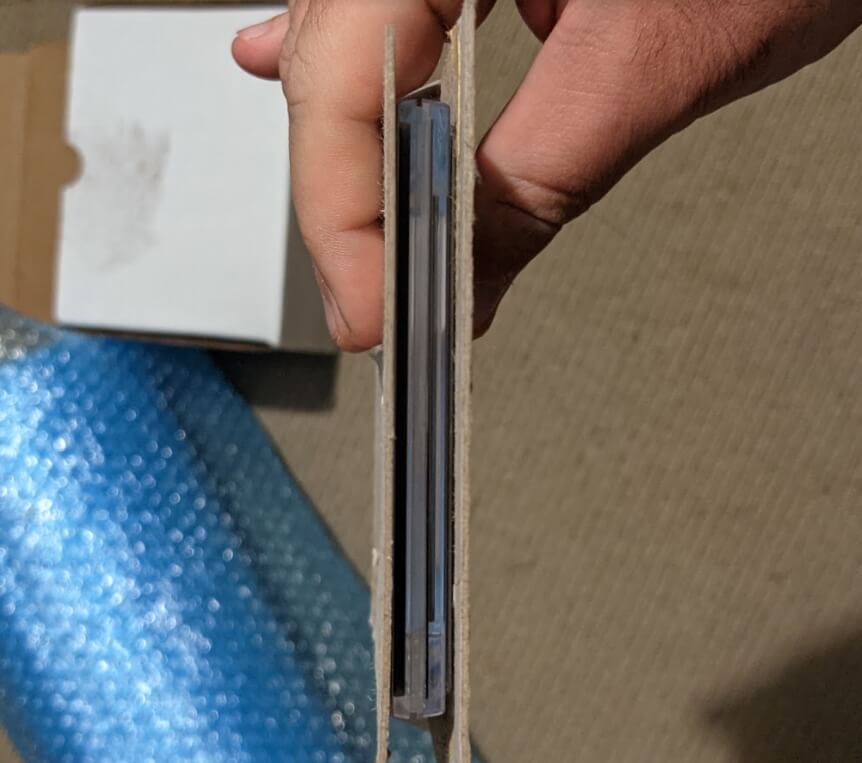 The thickness of the cardboard is really up to you – some will use some really heavy duty stuff, whereas others will go for something cheaper.

I’ve even seen people use old base cards!

Personally, I re-use a lot of the packaging that comes to me. There’s a lot of waste in the hobby, and if I can be a small part of cutting that down, I’m okay with that.

So, next is pretty easy.

Take that slab sandwiched between two pieces of cardboard and wrap it in bubble wrap. 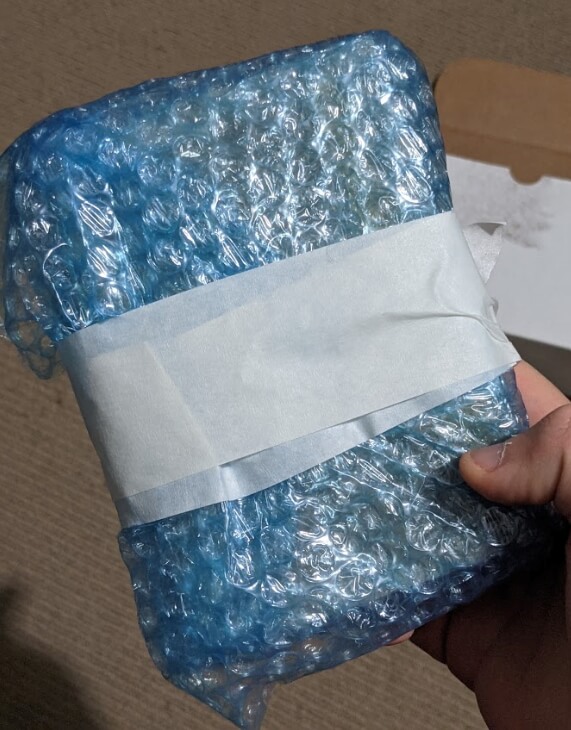 You can buy bubble wrap from office stores, as well as online.

Or, you can re-use bubble wrap from cards that you have received in the past. Like I said, I like to re-use my packaging. That includes bubble wrap.

Step Four: Box it Up

Some people use bubble mailers. However, there’s absolutely no chance I’d send an expensive card (say, over $1,000) in a bubble mailer. I don’t necessarily hate it, but it’s just not what I do.

Having said that though, if I spent 5k on a card and it came in a bubble mailer, I’d be less than impressed.

Instead, I like to put mine in a box, in a similar way to when you send cards in for grading.

I also don’t mind putting one box in an even bigger box – just to provide extra protection. Depending on the size of the box, you might need to use some protective packaging foam to stop the card moving around too much while it’s in transit.

What Type of Shipping Should I Use for Expensive Sports Cards?

The type of shipping for super expensive cards is really up to a decision made by both the seller and buyer (as they’re usually paying for shipping).

However, I would suggest the following:

Other Things to Remember

Not only is it good practice to be a communitive and fast seller, but it’s also a great way to look after your high-end buyers.

Someone who is buying a card from you for big dollars is a good friend to have in the hobby!