There aren’t too many images in baseball more famous than Barry Bonds smashing the life out a ball.

Bonds is one of the most divisive (to put it lightly) players in MLB history, and a lot of his accolades have been somewhat tainted depending on who you ask.

Some will say Bonds was a all-time level player before his steroid use and he was hardly the only one doing it at the time.

While others will say…. well….

No matter what your thoughts on Bonds are, he’s certainly one of the bigger players in recent decades. In this article, we’ll look at the best Barry Bonds rookie cards you can get your hands on. 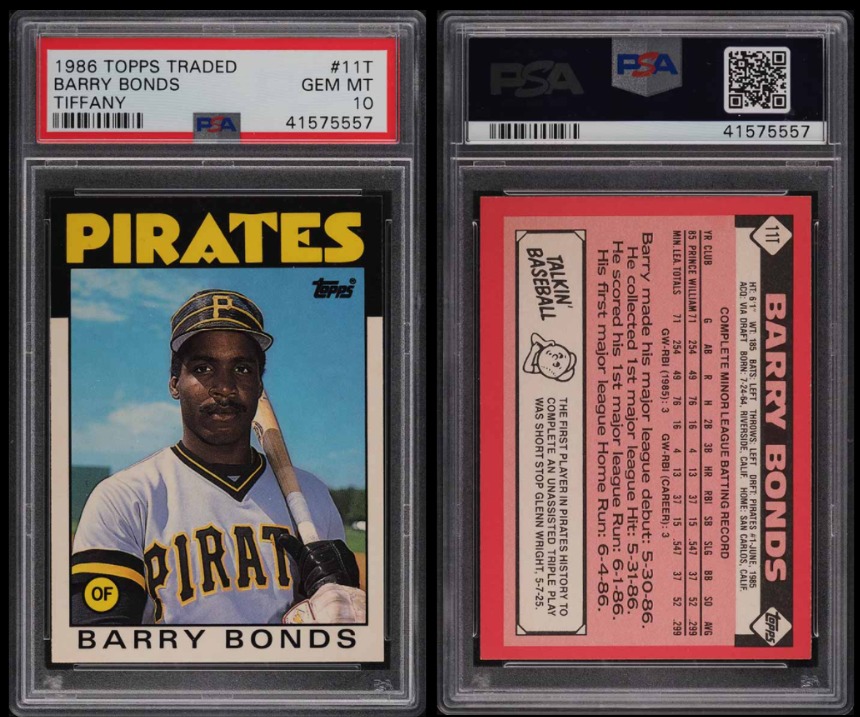 The most popular of the Bonds rookie cards is probably his Topps Traded Tiffany – and what most collectors would call his ‘true rookie’.

The card shows the big man in his Pirates uniform with a pretty traditional card pose.

I’d also argue that this is the best looking Bonds card from his rookie year. 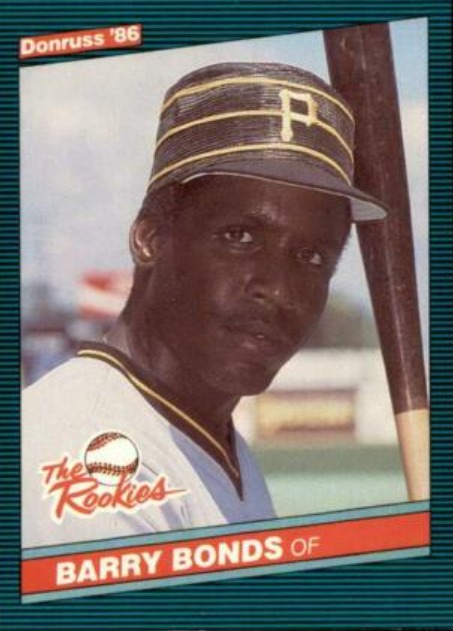 Another great Barry Bonds rookie card is this Donruss “The Rookies” set. Being a part of the “Rookies” set, it has a distinctive green border that makes it stand out from other cards.

Personally, I don’t like the look of this card compared to others, but that’s only my opinion.

And you know what people say about opinions….

On the plus side, you can buy PSA graded cards at a good price too, which is a huge win for collectors that are priced out of the Tiffany card mentioned above. 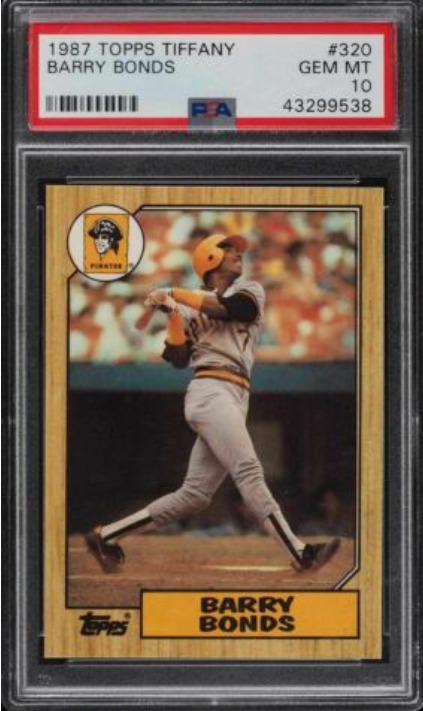 Don’t confuse this card with the Trader Tiffany we mentioned at the top of the article, the regular Tiffany is still a great rookie card for Barry Bonds.

Note: I don’t get all the different card variations either….

Anyway, this card does have a different photo on it, with Bonds doing as Bonds does and getting a walk….. I mean connecting bat on ball.

To me, this is another great looking card too. The wood-style finish may not be perfect, but the rest of the look – including the retro Pirates logo – means this card is a winner. Again, you can get this card at a much lower price, which makes it great for collectors on a strict budget.

So, they’re our top three Barry Bonds rookie cards, but there are plenty of other cards out there showing the Sultan of Shot in his early career.

When it comes to chasing other Bonds rookie cards, here are some other options.

Looking at Barry Bonds rookie cards is a unique prospect, as is looking at Bonds’ career as a whole.

As you can probably imagine, the market for a Barry Bonds rookie card isn’t that of other great players throughout history. So, you won’t be buying a card and earning thousands of dollars profit anytime soon.

However, there is a benefit of Bonds’ cards not being incredibly expensive. There are some pretty consistent smaller gains that should come up in the future.

If you’re desperate to make a splash with a bigger money move (or a smaller investment) and you’re looking at stars from the 90s, then maybe Derek Jeter cards will be a better fit?