As I’ve mentioned on this site a few times, of all the main card-collecting sports, baseball might be my weaker link, so you won’t get the in-depth x’s and o’s….

But hell, even I know who Derek Jeter is!

The superstar stayed at the Yankees for his entire 20-year career and just check out these CV-fillers:

In this article, we’re going to look at the best Derek Jeter rookie cards (and where you can find them on eBay).

Note: Before we start, Jeter’s rookie year is the peak of athletes doing the fake “pretend like you’re about to throw a baseball” poses for cards… they’re so cringe worthy that they’re actually brilliant.

This card is a bit of a mixed bag when it comes to prices.

For starters, there were a bunch of them produced – as there was with everything in 1993 (see our article on Junk Wax for more info).

On the other hand though, it’s a foil background card, so that means it chips easy – meaning it’s super hard to get a high grade.

Basically it means that the higher you go grade-wise, the bigger the jump in price is. If you want something pristine condition, it’ll cost you – but you can get lower grading at a decent price and raw cards at a very reasonable price. 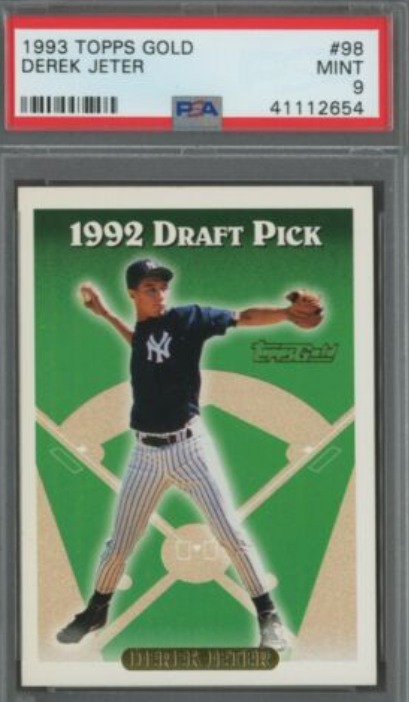 You know I was talking about those “Hey, Derek… pretend like you’re throwing a baseball” cards? This is a classic example.

For most collectors, this card is way more reasonably priced than the foil above.

From the iconic baseball card brand Topps, this rookie card is much more accessible (price wise) than the SP Foil mentioned previously.

This gold card is one of the many parallels of this card. The base version is even more affordable if that’s what you’re into. 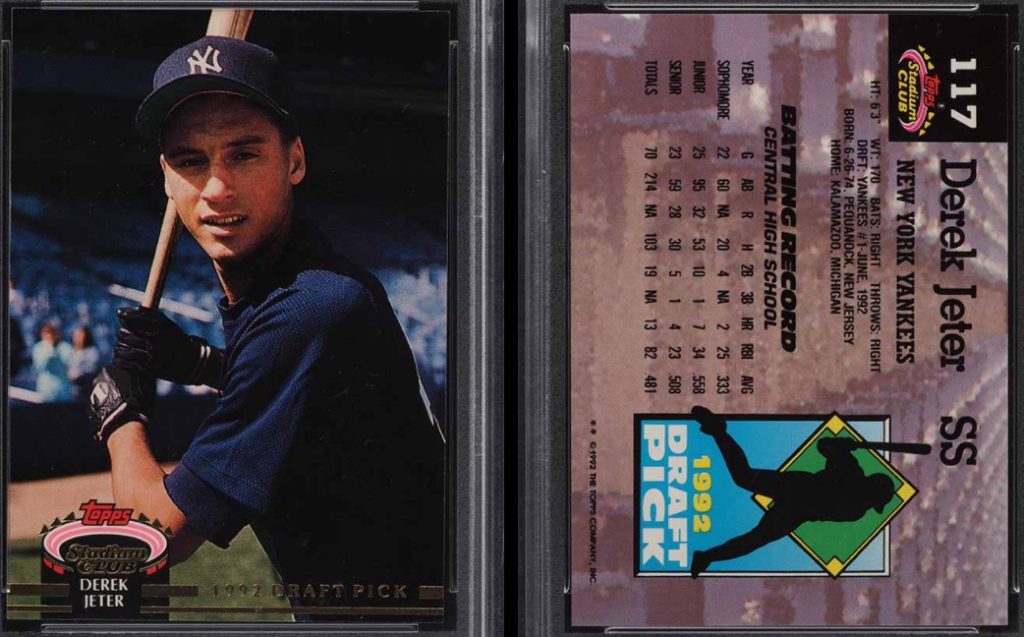 Another classic 90s pose card, but I actually love the look of this card.

The Stadium Club cards are usually a great looking card – and Jeter’s rookie card from the 1993 season is a one of the better ones.

When you consider the low-ish print run of this card in comparison to other sets of the time – the starting price for these cards is actually pretty reasonable. 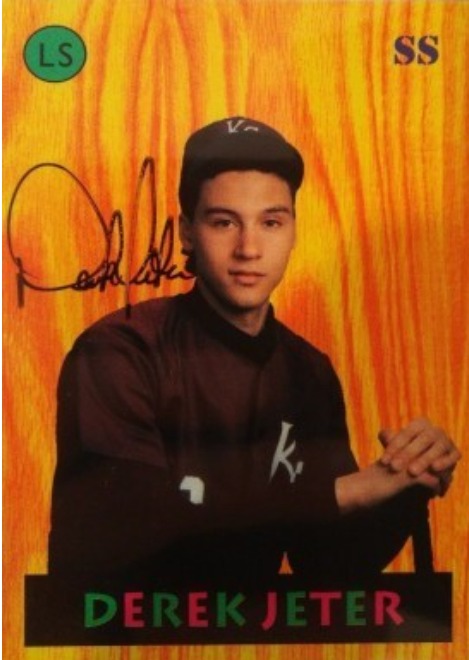 When people mention the sheer amount of cards printed in the early 90s, they weren’t kidding. I think if a pizza guy delivered in 15-minutes or less, they’d get their own Pizza Hut auto card.

With that in mind, here’s a Derek Jeter high school card from Kalamazoo, Michigan.

There are two editions of this card, the auto (shown in the image above) along with a regular card without an autograph.

There were only 250 auto cards printed though, so they are rare. Especially seeing numbered cards weren’t really a thing in the early 90s.

So a highly graded auto card can be worth a decent amount and should hold value. 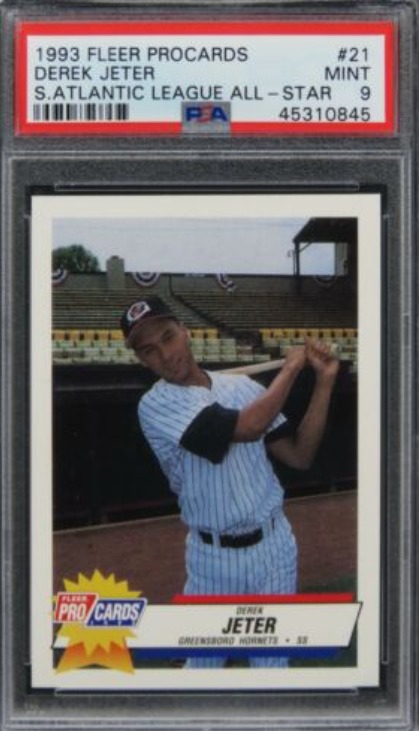 Call me old fashioned, but Fleer cards are classics and bloody cool looking.

This card is printed in 1993, but could be a card from the 50s. For the old-time charm of baseball, this works incredibly well.

If you want one of these in a PSA 10, it may cost you a bit, but it’s a cool card and depending on your collection or investment strategy, could be a great buy!

When looking at what cards make good investments, there’s a few things to look for:

And Jeter is a huge tick to both of those, being a legend on arguably the biggest team on the planet, and one of the absolute best players of his generation.

With that in mind, I can’t see a world where Jeter cards bottom out or decrease in value – especially highly graded cards.

So, I’d say Derek Jeter rookie cards are a solid investment card – not to mention a great addition to the personal collection if you so choose.