When it comes to wrestlers, there’s a lot of big personalities.

But, there’s one man that may be the biggest personality of them all.

Son of a gun

And he’s got a hard time holding those alligators down.

Seriously though, depending on who you ask, Flair is the GOAT. All the mic skill in the world, a great in-ring story teller, and could sell like nobodies business.

In this article, we’re going to look at some Ric Flair rookie cards, along with other key cards to collect. 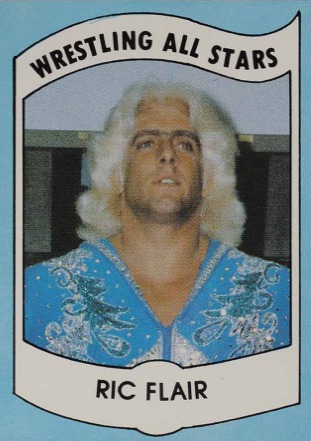 As with other stars like Hulk Hogan, for Flair, the main early card is from the 1958 Wrestling All Stars set.

The 1982 set is probably the most prestigious set of cards in vintage wrestling. Most sets only included one or maybe two promotions, whereas the Wrestling All-Stars set has all of the key wrestlers from all the promotions.

So it’s a star-studded lineup.

While it’s probably the most popular of the Ric Flair rookie and early year cards, it’s only got a PSA Pop Report of about 160. However, that’s obviously subject to change, especially as wrestling cards get more and more popular.

Other Rick Flair Cards to Collect 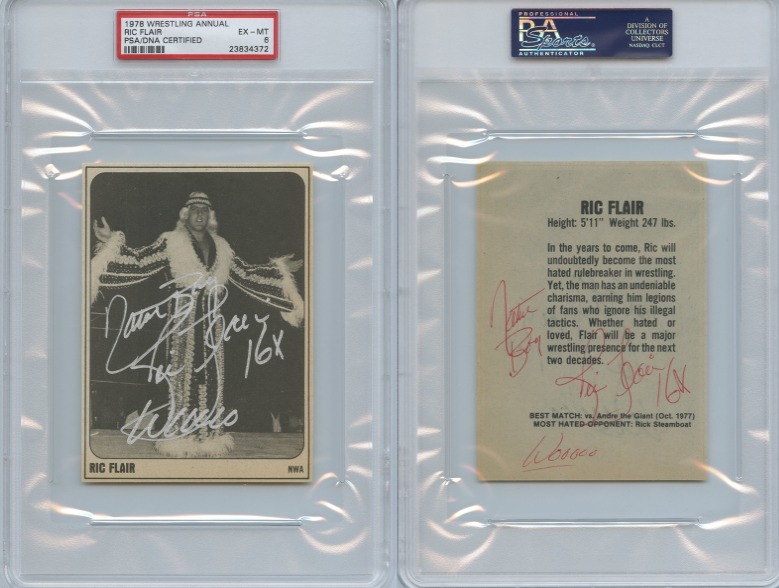 The set itself, has some key wrestlers from the time, and I have a few cards from this set in my PC. However, the Flair doesn’t come up very often. 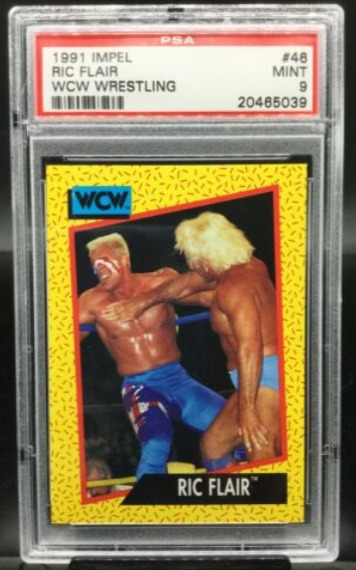 For many wrestling fans, Ric Flair is synonymous with WCW.

With that, the first WCW set from 1991 has a bunch of cool Flair cards, including a range that include the WCW’s two biggest stars, Flair and Sting.

I am a huge fan of this set, and have a fair few in my collection.

The Flair cards have a somewhat low population count, and you can collect them at a good price.

Some Other Ric Flair Cards and Memorabilia

As you can probably tell, with someone like Flair, there’s a bunch of other great Ric Flair card and memorabilia options.

Are Ric Flair Cards Worth Money?

Ric Flair is one of the most important wrestlers of his era, and indeed of all time. He was a mainstay in the business for decades, and was hyper-popular throughout.

With that, his cards are some of the most sought after wrestling cards on the market.

So yes, Ric Flair cards are worth money in the wrestling business, and will continue to do so into the future.