When it comes to baseball cards, the Honus Wagner card is probably the most famous.

In this article, we’ll look at that card – and a few other popular Wagner cards.

Honus Wagner is one of the earliest baseball stars to feature his own card, and while there might not be a lot of choices, there’s one Honus Wagner card that every card collector should know about… 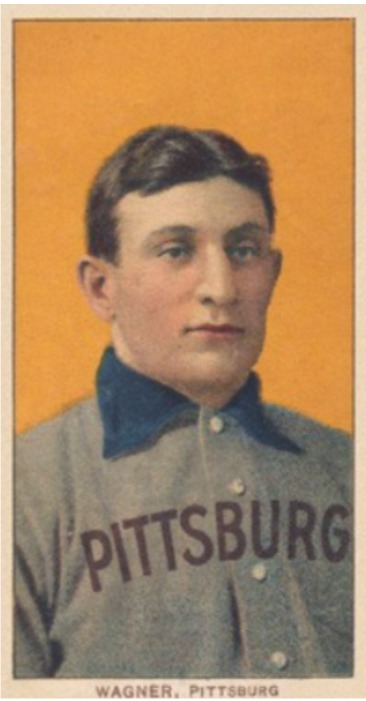 It’s the T206 Honus Wagner card. This one’s perhaps the most legendary baseball card of all time, and it’s considered to be the Holy Grail of card collecting. Only around 60 of these cards are still out there, but the demand for this card is through the roof!

These cards should never have been produced in the first place, which is an interesting fact that makes it even more sought-after. Honus Wagner himself opposed the idea of the cards being sold as a part of a tobacco package.

For some background, most other cards were packed together with gum or other candy products, but Wagner didn’t like the idea of kids buying tobacco just to get his card. Wagner also didn’t like the idea that he didn’t get compensated by the Tobacco Company for using his image on the card.

Only a few copies were sold before the production was halted, and only the lucky few were left with Wagner’s card. This means that the card quickly became the biggest prize for card collectors, even back then! And through the years, stars and celebrities paid good money to get their hands on it.

And that’s why it’s so hugely popular and damn expensive – not because it’s so old or even rare (which it is), but because of the mystique and the air around it, its story.

The price of the Honus Wagner T206 card massively depends on its condition, but one thing’s clear: it’s perhaps the most expensive card in the card collecting world altogether.

Only a few cards come close to Wagner’s value, including Mike Trout’s rookie card, as well as Mickey Mantle’s rookie card. People are prepared to pay millions of dollars for this card, especially celebrities and those who can afford it.

At the very least, this card is worth a six-figure amount. But for a PSA5, the price fluctuates somewhere around 3-5m$.

Now, there will probably not be many cards that will be graded PSA5 or higher. But even for that quality, there will always be a buyer to get one. Originally, only around 60 of these cards were ever produced, and they’re probably even more scarce today.

There have been some famous owners of these cards over the years, so let’s take a look at some of the most interesting and well-known ones.

The T206 is the most famous Honus Wagner card, but there are some pretty great and expensive cards to be had other than this one. Let’s see some of the best ones. 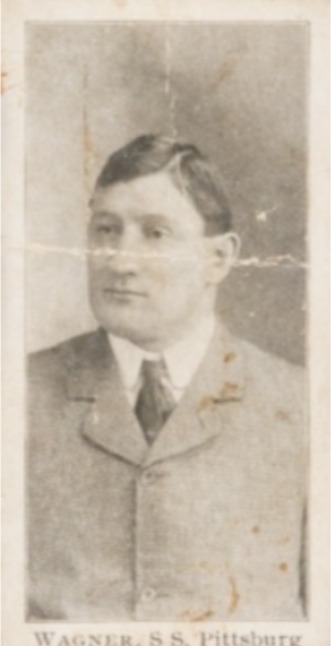 The 1903 E107 Wagner card is known to be the earliest card of this player. It came in the first largest set of the 20th century, produced by Breisch Williams. This was a confectionery company that started adding cards to its products.

They were one of the first companies that started advertising their products by adding baseball cards to them. And the concept caught on quickly, as many other companies started including this business model – including the Tobacco Company. But this 1903 card set the tone for the rest of the decade and how companies created cards.

The 1903 set contained 159 of the league’s best players back then. It includes some of the most well-known baseball cards, including Cy Young, Eddie Plank, and of course, Honus Wagner, who was the star of the show.

One surprising thing about the card is perhaps the image. It has Wagner with the suit on, which just goes to show how professional the players were, even back then. Of course, it’s still a black-and-white card which adds some charm to it. But you won’t find this card in Mint condition – most are in poor condition, but the value is still very high.

At the very least, the card should reach $50.000. But that’s at the very bottom of the pricing pool for this card, while better cards might be worth six figures or even more. 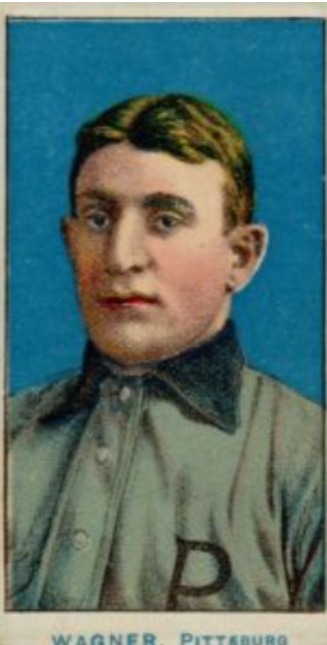 In 1909, the Pittsburgh Pirates won the world series, and the E90-2 set was completely dedicated to this team. It featured 11 cards altogether, and Wagner’s card was obviously the star of the show.

It was Wagner’s first-ever World Series win, and also the first win of the Pirates. American Caramel just started entering the card market, as they started adding card sets to their products. E90-1 was the first set of this year, and it was significantly larger. But this E90-2 set was much rarer and thus, more expensive.

It’s also a bit different from the first set because it only shows the portraits of players, compared to some other cards that had players in action. In terms of looks, it’s quite similar to the T206 card except for the blue background and well, the jersey is a bit different.

However, the card is a bit more accessible and also a lot cheaper than the T206 card. This means that you can expect to pay several thousand dollars for a card in poor condition, while better-graded cards can cost much more. 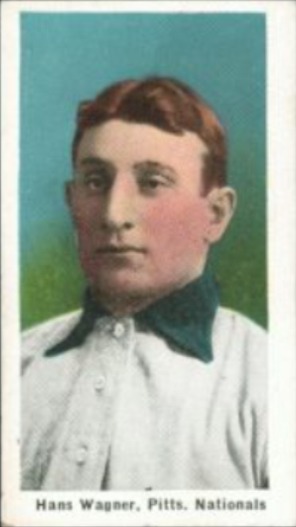 Here’s another card that’s a bit easier to find. It’s also not that expensive, so the 1911 M116 Sporting Life Wagner card is great for those who want a good portrait card of the player without breaking the bank.

If you’re prepared to get a poorly rated card and spend a couple of thousand dollars, it could be yours. The set overall is not that expensive, either. It’s one of the cheapest sets where Wagner is present, where you can expect to pay only several hundred dollars for some other players in the set.

As for Wagner on this card, he’s again in his typical stoic position, just like most of the cards from the set. The outfit is a little bit different than some other cards of the player, though. It’s one card that almost every card collector can afford to look at and consider – and you may also find some great other bargain cards from this set of other players you may like.

Now, the 1909-10 card set is a little bit different from the other card sets of that time. The main difference here is that some players had two different cards in the set, compared to other players who had only one. Overall, there were 40 cards in the set.

Honus Wagner was one of the only two players to have two different cards in the set. And if you compared these two cards side by side, you probably wouldn’t have guessed they’re from the same set. They have different art styles, and this is what makes it so hugely popular.

Perhaps it’s not as cheap as the previously mentioned card by Sporting Life, but it’s one for those who want more artistically developed cards from back then. Most cards from those years featured players’ portraits and they might appear to be a bit bland, but these two are quite different.

In the first image, you’ll see Wagner throwing while in the second image, he’s batting. Note that the second image appears a little bit artsier than the first one, with a red background. Again, the price will depend massively on the condition of the card, but they can cost anywhere from several thousand dollars to hundreds of thousands.