American soccer players have always been a victim of over-hype in the media, and even more so in the hobby.

Every young American playing in a top league is all of a sudden a superstar waiting to happen. Just ask ESPN.

Giovanni Reyna is a little different though. Although he’s only young, he’s already started living up to the hype with performances like being the youngest player in the history of the German top flight to get a hattrick of assists.

In this article, we’ll look at the best Giovanni Reyna rookie cards, along with some other prominent cards.

As we’re about to see, most of Giovanni Reyna’s rookie cards will be from Topps – they had the rights to the Bundesliga and Champions League when he started his career. 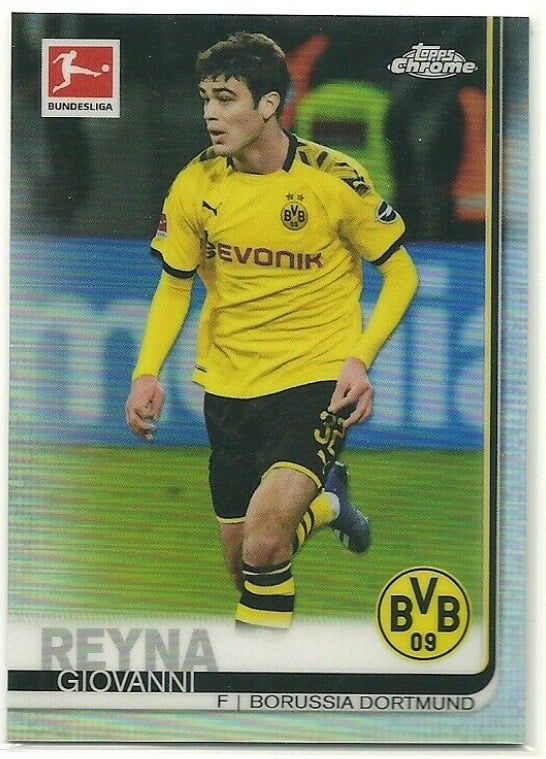 The main card from Giovanni Reyna’s rookie year is from the Topps Chrome Bundesliga set.

This is a great set actually with the Dortmund guys being a big part of the set. In this set, there were not only the base cards for Reyna, but a bunch of different parallels too.

The base cards here are good too, so don’t feel like you need to buy a parallel. 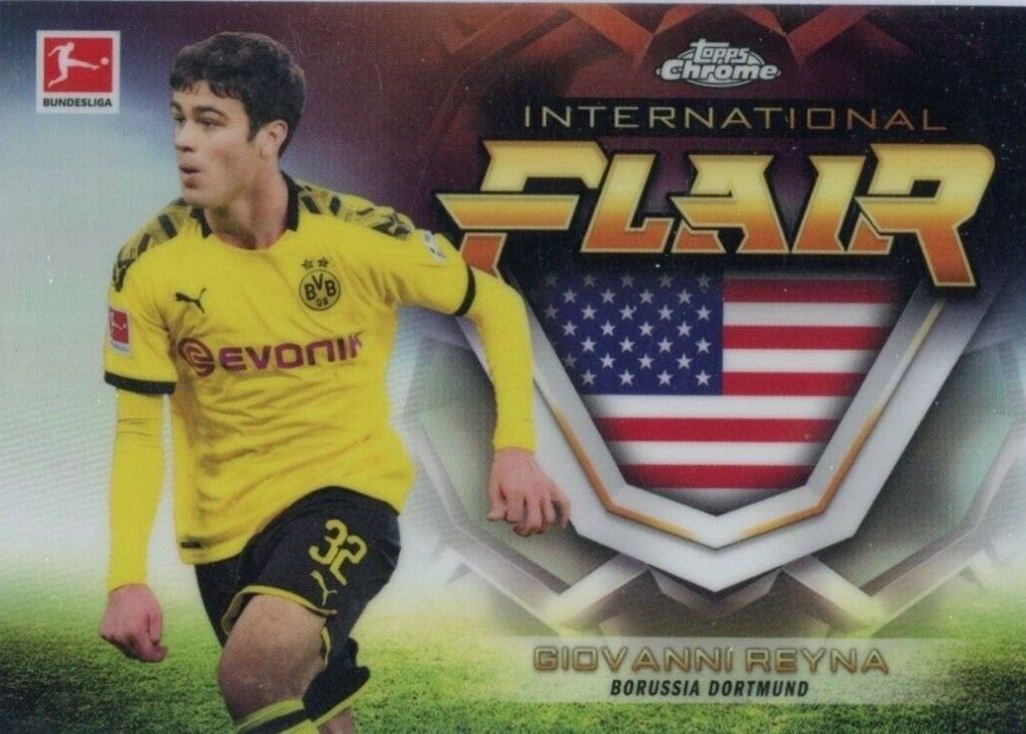 Another part of the same Bundesliga Chrome set, the International Flair is a small mini-set of 18 players from different countries from around the world.

This card probably isn’t the chase card around the hobby that the other Chrome cards are, but it’s still a great card to have in your collection, and as Reyna’s career progresses all of his rookie products will be highly regarded. 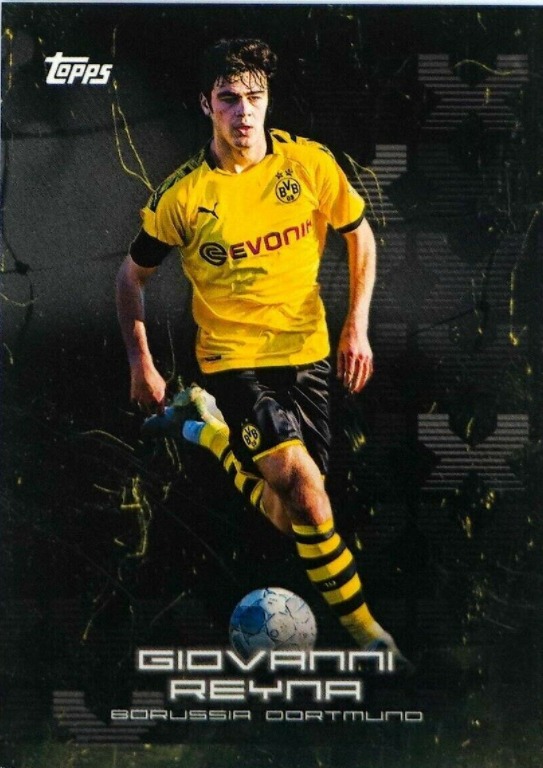 This card is from a set that Topps released in collaboration with Reyna’s first club, Borussia Dortmund. The pack had 50 base cards in it, one of which was Giovanni Reyna.

There was also a 1/20 chance of collecting an auto from the pack too, with Reyna being one of the potential autos. The card is, to my knowledge, Reyna’s first auto card. 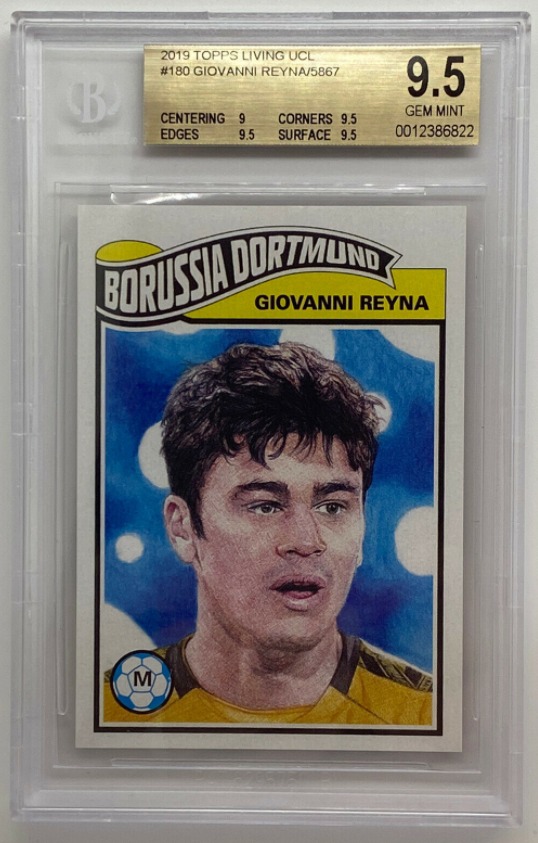 I think I mention this every time I look at a Living Set card, but god I love the way these cards look.

The Topps Living Set show artistic drawings of Champions League stars. The cards are released periodically, sold individually, and only available for a limited time on the Topps website.

The Reyna Living Set card is a great option for collectors even though it isn’t the rookie card everyone holds in high praise.

If you’re looking for some high end cards for a high end talent, here are the most expensive Giovanni Reyna cards on eBay right now.

Granted, these prices are sorted by the price the seller has listed them at, and there’s always room to negotiate if needed. Make sure you check previous sales prices before making any purchases.

Giovanni Reyna is one of the brightest young stars in Europe. If all goes well, he should be one of the next generation of soccer stars once players like Messi and Ronaldo retire.