Ronald Acuna came into the majors with a whole lot of momentum in 2018. He was one of the best rookies that year, and with that – his rookie cards became hot property straight off the bat (that’s a baseball pun).

In this article, we’re going to look at some of the best Ronald Acuna rookie cards, and show you where you can buy them. 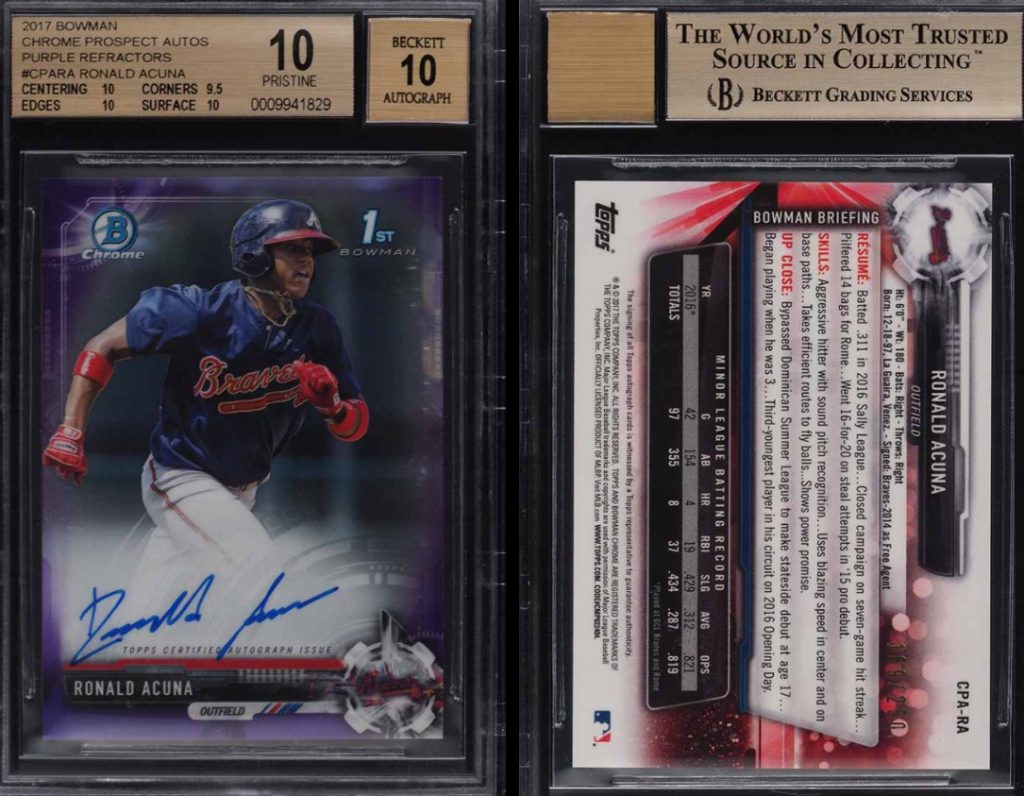 Like all cards these days – there’s a whole bunch of different refractors to this card in every color you can imagine.

No matter which auto you get, these cards are the pristine rookie card for Acuna (well, in my opinion anyway).

The card also shows Acuna in his Braves uniform too – and as you might be familiar with baseball, you won’t always get rookie cards in their major uniform – which can be a bit annoying.

At the time of writing, this is pretty much Acuna’s most valuable rookie card, and I can’t really imagine that changing any time soon. 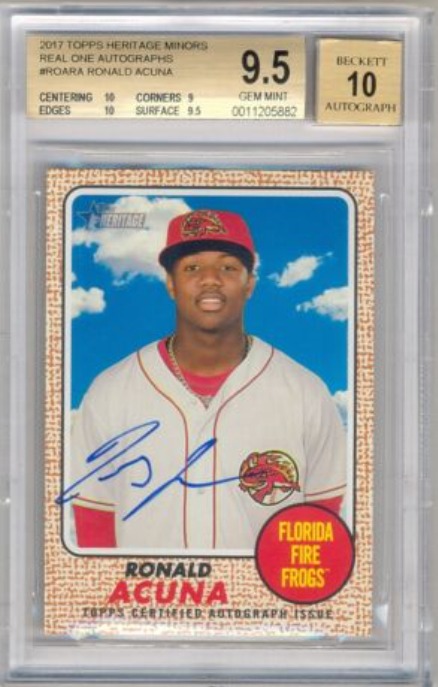 I love the retro look at the Topps heritage cards, and this one is no different.

This card is a lower price point than the auto I mentioned before, so if you’re priced out of the Bowman Chrome market, this is a great consolation prize.

The only real downside here is that the card doesn’t show Acuna in his Braves uniform. Instead, he’s in his minor league side, the Florida Fire Frogs (I love the names of minor league baseball teams).

There is a cool auto on the card though, so that puts it above most other minor league cards. 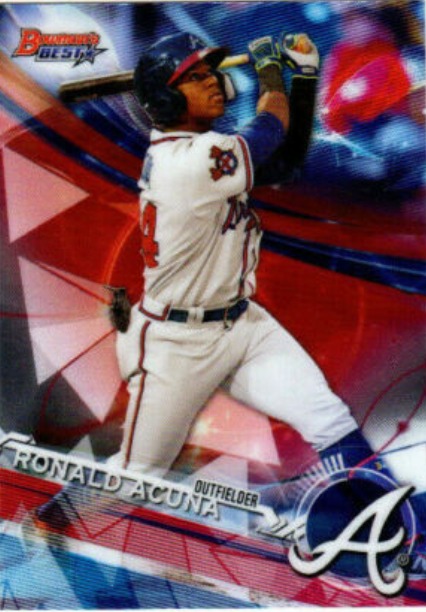 There are a bunch of different Bowmans Best rookie cards for Acuna’s rookie year.

The base is cool, the refractors are cool – and there’s an auto that’s even better.

When you consider the prices of graded cards, this card is a lot more affordable than others that show him in his Braves uniform.

When looking at what cards are good investments or not, you’ve got to look at a few things.

We can’t control the market, and it’s constantly changing – so do your due diligence when buying and selling.

However, Acuna hits it out of the park on the other two dot points. Ronald Acuna Jr. is one of the top defensive outfielders in the MLB. He excels in defensive runs saved and outfield arm runs. Juan Soto on the other hand is at best average to slightly above average defensively – so there is a difference between the two stars.

With that in mind, Ronald Acuna rookie cards should be a sound investment going forward – assuming he can continue his career trajectory.