Magic Johnson is one of the most popular NBA players of all time.

And for good reason too. There have been some players with awesome highlights, but not many match up with Magic and his showtime Lakers.

In this article, we’re going to look at the best Magic Johnson rookie card options for collectors on investors.

What if I told you that Magic Johnson’s best rookie card was also Larry Bird’s rookie card?

The two best players of their generation were linked all the way through college as rivals and spent their careers as the rival of the 80s – a rival which spawned a tremendous friendship.

This card has both a rookie Magic, rookie Bird, and it has Dr J on it too, with Julius Erving as the scoring leader.

When the card initially came out, it actually wasn’t really that popular. Which is pretty crazy to think about.

However, since then collectors have noted how special the card actually is. These days, it’s one of the most expensive NBA cards out there.

It’s a pretty hard card to come across in good condition too, so you’ll have to pay for a top grade. 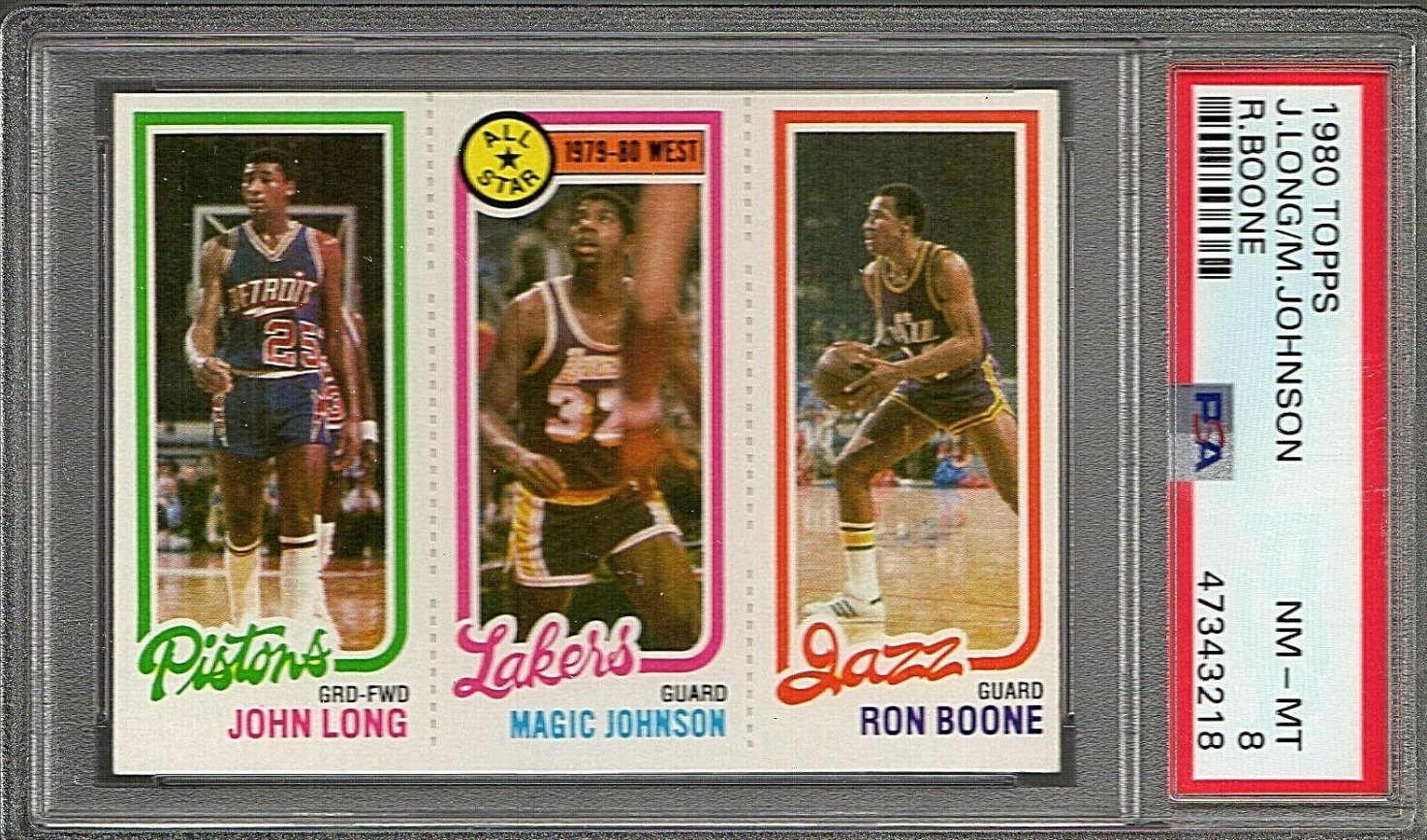 As you can see, this Topps set is largely mini cards that you can tear apart.

While John Long and Ron Boone were fine players in their time, they’re definitely not Bird and Dr J… So, as you can imagine, this card isn’t as revered as the previous card we’ve looked at.

Also, strangely enough on the back of Magic’s card there isn’t any stats or anything like that… It’s actually the basketball checklist. 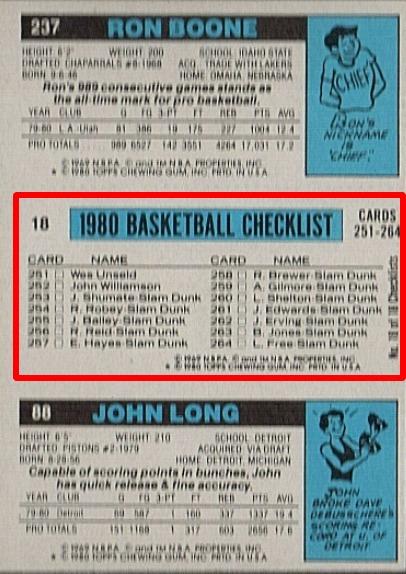 You you imagine that happening these days with the number one draft pick who is also an All-Star in his fist year?!

Unheard of. Shows how the hobby has grown and matured since the 80s.

Other Magic Johnson Cards and Memorabilia

As you can imagine, a player like Magic Johnson there’s a lot of great cards an memorabilia from his career and the years since his playing days ended.

How much is a Magic Johnson rookie card worth?

When looking at the price of a Magic Johnson rookie card, it really depends on the price and the card. If you are looking to buy a highly graded (PSA 10) Magic rookie with Larry Bird, you could pay over $100,000.

Which means it’s right up there as one of the premier cards in the hobby.

Granted, you can buy the card with a lower grade or other cards from Magic’s early years for a fraction of the price.

So there’s an option for any collector. You don’t need to have a spare 100k laying around to make it happen!