Soccer cards and stickers have been popular for years within the soccer niche.

However, as the hobby went bananas in 2020, there was a new man peaking investor interest.

French phenom made a name for himself world-wide in the 2018 World Cup, but he was a proven performer long before then.

In this article, we’re going to look at the best Kylian Mbappe rookie cards and stickers to add to your collection. 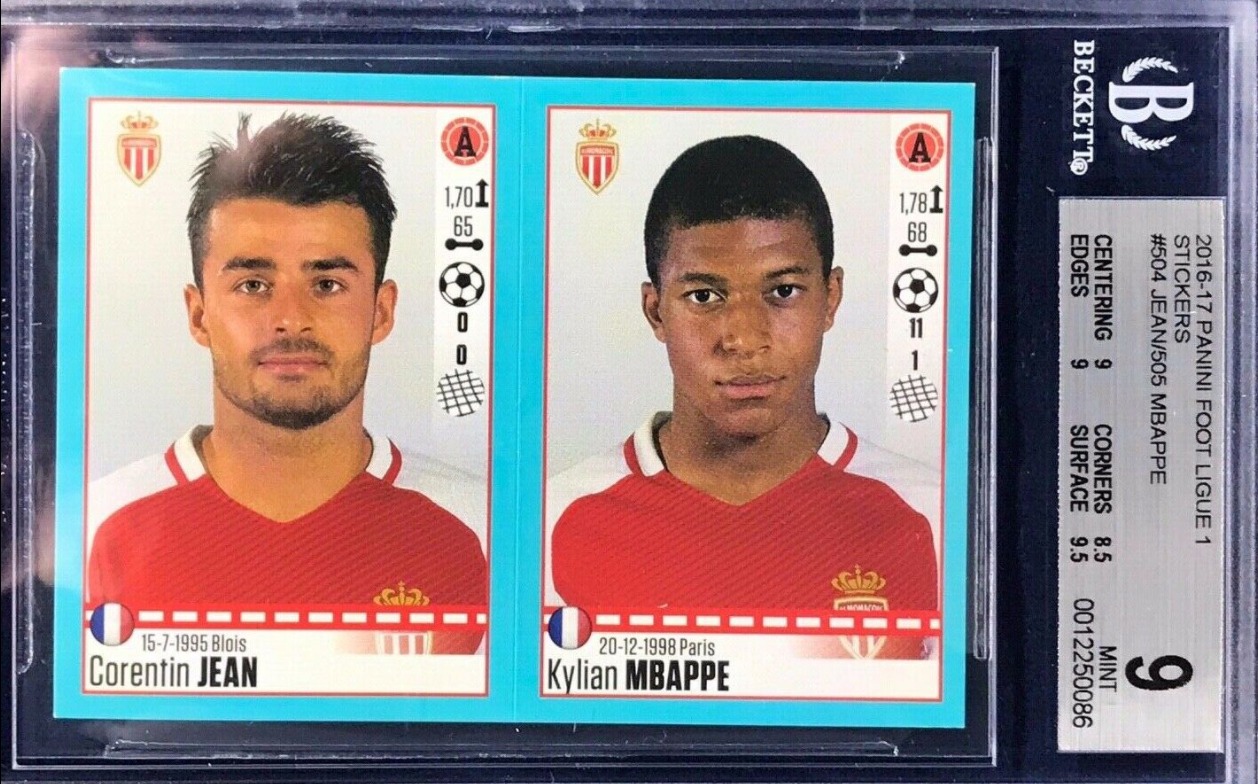 If someone gives you any other product as Kylian Mbappe’s true rookie they’re either:

a. not knowledgeable about soccer
b. full of shit

If you’re new to soccer and wanting to invest in some Mbappe, this should be the best long-term hold, although we’ll get to others later on.

The sticker is also what’s considered a “mini sticker” which is when more than one player is featured.

If you want to know more about cards and stickers, read our article: Soccer Cards vs Stickers

One thing about stickers is that there’s not a bunch of different parallels and refractors that saturate the market. Just the one sticker.

However, stickers also don’t really have a print run, so there’s no guessing how many of these there are out there in the wild. They do get a great price though, especially when they’re graded. 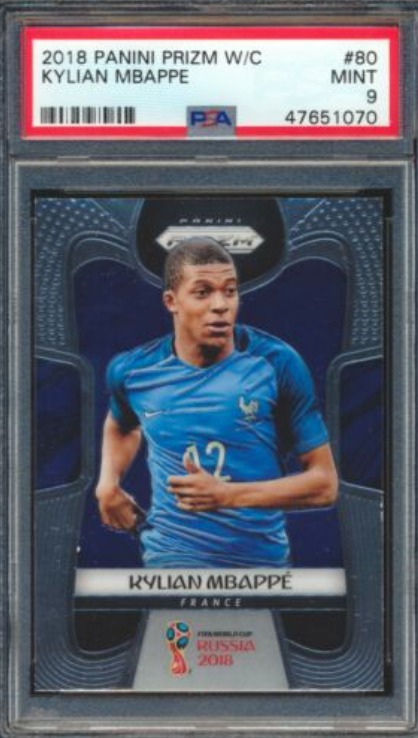 For people coming from other parts of the hobby like NBA and NFL, soccer can be a lot to learn at the same time.

So, because of that, many turn to Prizm because it’s at least a product they know… even if they don’t know the leagues.

With that, the World Cup Prizm sets are always a huge hit and have been at every World Cup since 2014.

For players like Messi and Ronaldo, their first World Cup wasn’t a Prizm tournament, so you’d have to find other products for their Rookie World Cup.

Mbappe’s first World Cup , on the other hand, was 2018. That means his rookie World Cup had a rookie Prizm.

As far as international cards go for Mbappe, this is the easily the pick of the bunch. 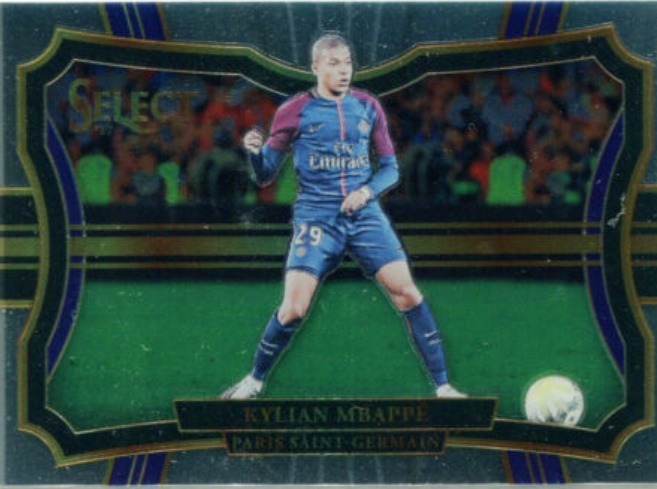 Like I said above, Mbappe’s true rookie product is the sticker from his days in Monaca. However, the next season, he moved across to PSG in Paris, where he shot onto the wider stage.

This card is the first of the major brands from that season (not looking at sets like Adrenalyn), and is still valued as a “rookie card”, even though it’s from Mbappe’s second season.

This card has a bunch of differnt parallels that you can chase, all with varying print runs and levels of scarcity.

There was also an “unlimited potential” insert added to the set.

Below are a list of the most expensive Mbappe cards on eBay right now. You can click through and see the listing by clicking the links below.

Actually, if I was going to rank the best players in the world, he’d be top 10, and there’s a really strong case for top five. Which, you a young player is insane.

In the middle of 2020, Mbappe cards skyrocketed to an unsustainable price, with it feeling like every day you logged into eBay prices had doubled.

Now though, the cards are a much more reasonably priced (well, in comparison anyway).

If you’re looking for the next big thing, Mbappe and Erling Haaland that are the best young players these days.