Christian Pulisic is the probably the most well-known of the young American brigade of players in the top European leagues.

And with the American bonus on soccer cards, his rookie cards are a hot product, and can increase in value greatly, especially if this young crop of American players can get it together on the international stage.

In this article, we’re going to look at the best Christian Pulisic rookie card options. 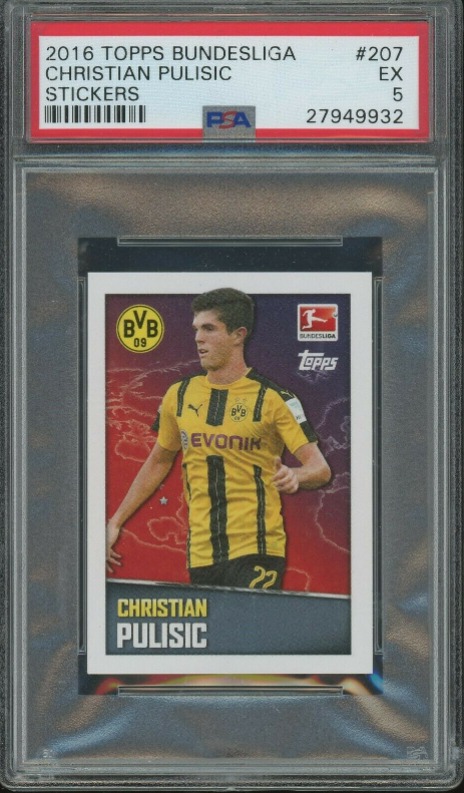 If you’re a sticker person, this Pulisc rookie is probably considered his “true rookie”.

There’s a few different Bundesliga stickers from Pulisic’s rookie season, and getting one of those in your collection will be a way to enter the market at a lower cost compared to some cards on this list.

I love the simplicity of stickers compared to cards that have a hundred different parallels and refractors and this sticker is a classy option that’ll always hold value. 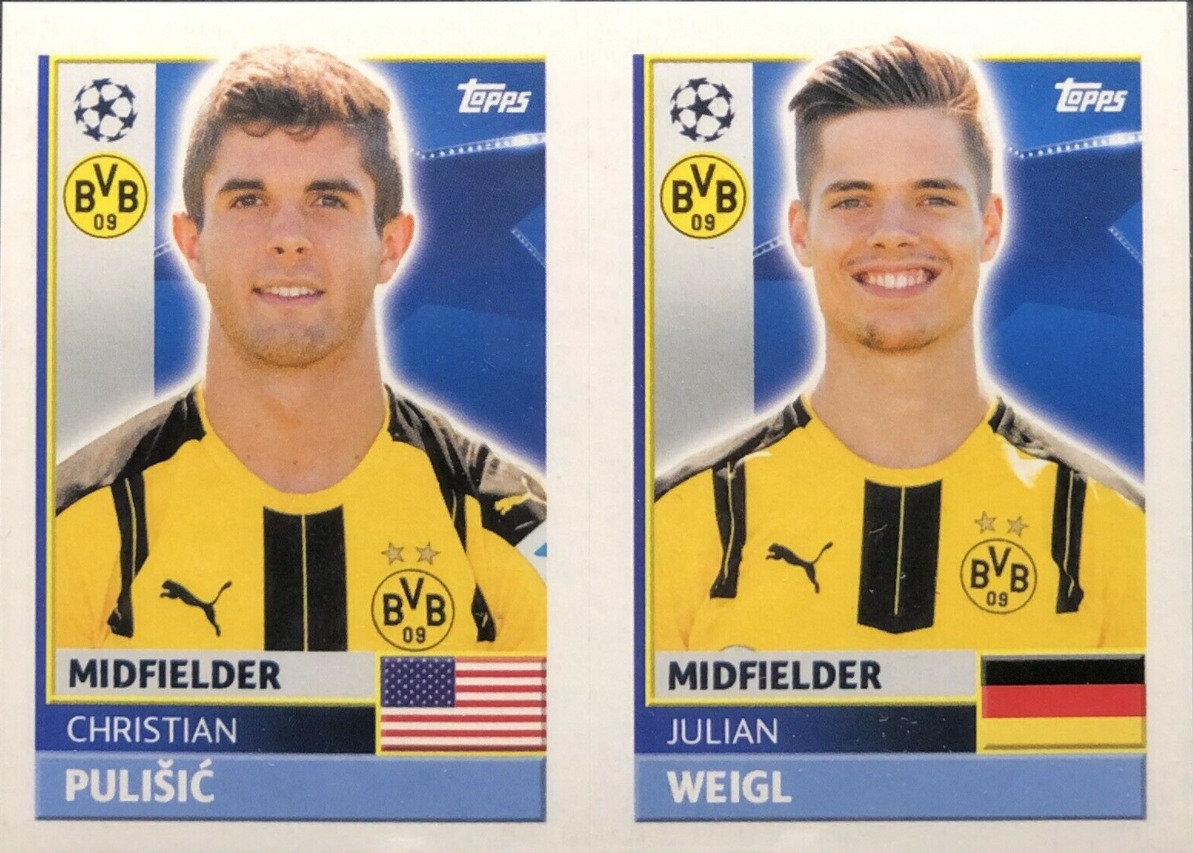 Mini stickers aren’t the most ideal product, as the player shares the sticker with someone else.

However, mini stickers are pretty common in European stickers, with many players having a mini sticker in their rookie year.

Honestly, I think as the soccer market gets bigger and bigger, there’s going to be less mini stickers printed.

This sticker may not ever be worth thousands, but it’s a solid option.

I love a Rated Rookie or Donruss Debuts, and this Pulisic is considered by many card-guys as his true rookie.

You can find these cards with all types of grading, and the prices are still pretty reasonable. A lot of that depends on what you consider Pulisic’s potential to be though.

Regardless, it’s the only product from his debut season that has the “debut” or “rookie” marking on it. The “RC” wasn’t really a thing back then, so having a Donruss Debuts is a bonus. 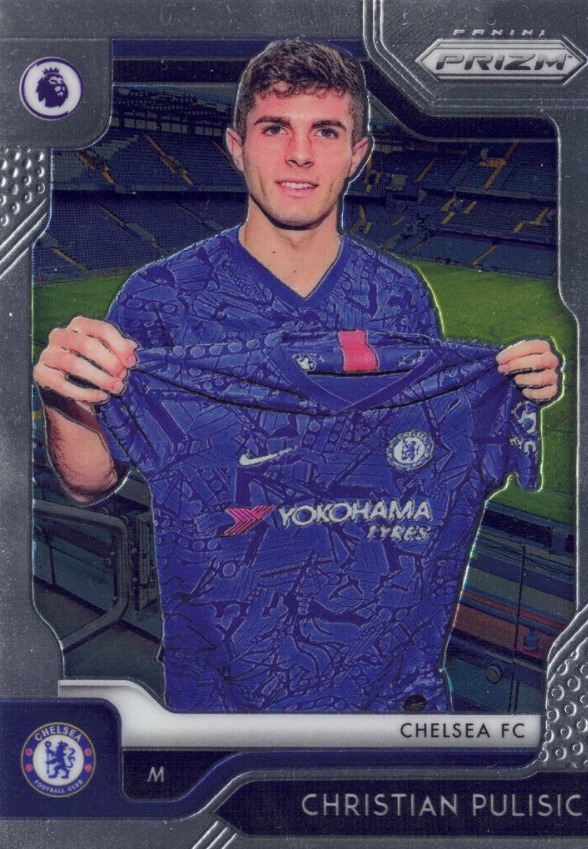 Whilst not technically from his rookie season, Pulisic’s first card for Chelsea is a great option for collectors and in some cases, sells for more than his actual rookie product.

Pulisic was just able to make the deadline on printing, with his rookie Premier League card showing him holding his new shirt on the day he signed for Chelsea.

There are a bunch of different parallels from Pulisic’s Prizm cards. There’s autos and refractors, but even the base is a good option for collectors.

It isn’t just Pulisic rookie cards that are worth money, the American midfielder’s cards are all a hot commodity and worth looking into.

Christian Pulisic is still a young player with a lot of good years left ahead of him. Like any young prospect, a lot comes down to how the rest of his career plays out.

He has shown some injury tendencies throughout the early part of his career. However, when on the park, his quality is obvious. If he can continue to stay fit, he’ll have a great career.

On top of that, Pulisic is the forefront of a young crop of American stars and if they continue to develop, they have the potential to make some waves on the international stage going forward. I can only imagine they’ve got their sights set on the 2026 World Cup on home soil.